Final sales numbers of the hybrid coupe and roadster


The BMW i8 grand finale took place last week with the roll out of the last 18 coupe and roadster models. Therefore, the final production numbers are now final, pun intended. In total, there are 20,465 units of the progressive hybrid sportscar on the market.

As expected, the BMW i8 Coupe is the more popular model since the i8 Roadster was introduced at a later date and with a higher price tag. A total of 16,581 BMW i8 Coupes were built in Leipzig before the era of the BMW Group’s first mass-produced plug-in hybrid ended on June 11, 2020 with a copy in Portimao Blue. The i8 Coupe production started at the beginning of March, 2014. 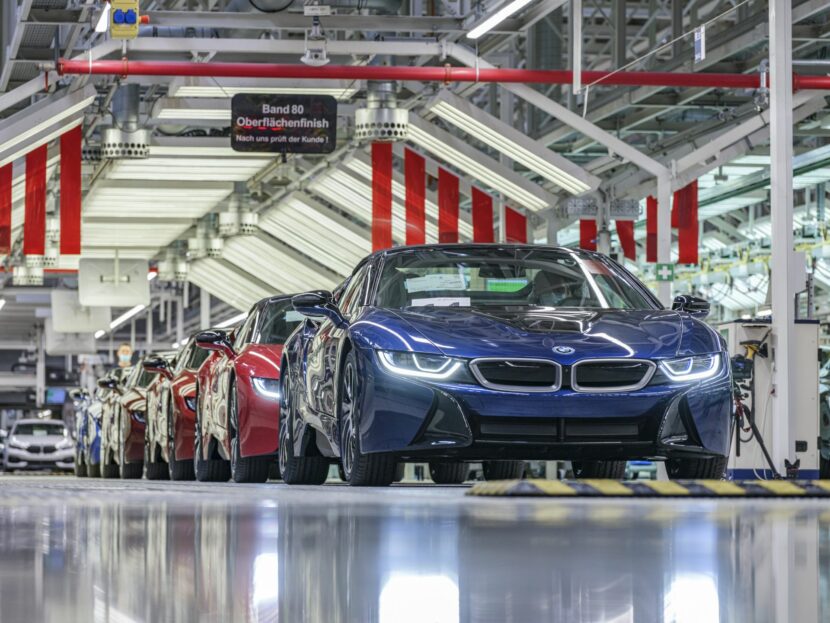 With 3,884 units since summer 2018, the two-seater BMW i8 Roadster is considerably more exclusive than the four-seater coupe with its two “emergency seats” in the rear.

While the BMW i8 started up with 362 hp, a small increase in output was added in Summer 2018 – 374 hp. From the beginning, the BMW i8 Roadster was only built in the more powerful version. The increase in power output was achieved thru a “tune” of the electric motor. The BMW i8 facelift offered an electric range of 40 to 50+ kilometers.

The final 18 BMW i8 models were done in a particular paint that had not been used on the i8 before. Therefore, such a task created a number of challenges, as the paint shop had to modified to accustom these demands. To solve these issues, the cars were basically hand painted.

Each of these last 18 cars were created in close collaboration with their future owners so that truly special combinations would come to life. You can learn more about these models here.